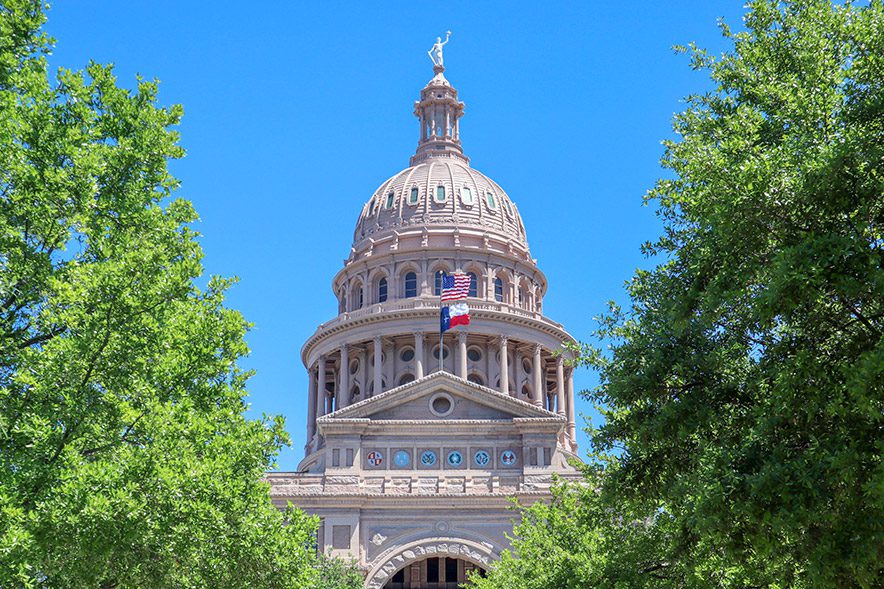 Wondering how to send a legal letter in Texas? If someone has wronged you or owes you money, this guide will cover what to know before sending a demand letter or cease and desist.

Whether the recipient is someone that owes you money, an annoying neighbor, an unfair landlord, or someone harassing you, a well-written demand letter can get results. We’ll cover what is required in a demand letter in Texas and share some strategies to keep in mind.

The best and most effective demand letters are sent by attorneys. We’ll also show you how you can cheaply hire a lawyer online to send a letter for you.

What is a Demand Letter in Texas?

A demand letter is also sometimes called a cease and desist letter, final notice, or legal letter. Essentially, it is a formal letter stating a final demand for something. For example, you might be asking for the repayment of a loan or a neighbor to stop making noise late at night.

Do You Need a Lawyer for a Demand Letter in Texas?

A demand letter does not have to be written by an attorney. Although they are frequently handled by licensed attorneys, you are free to write a demand letter yourself.

You might have found numerous demand letter templates online and are tempted to use one. However, there are some pitfalls to be aware of if you take the do-it-yourself approach.

Most templates found online are not tailored to the specific situation you are dealing with. An attorney knows how to craft a demand letter that conveys what is essential and in the right tone. Attorneys are trained in knowing what to say and what not to say in a demand letter.

In addition, if you have been going back and forth in a dispute with someone, it’s unlikely a letter you send yourself will solve the problem. A signed attorney demand letter has the added benefit of being on the attorney’s letterhead.

An attorney letter conveys the message that you are taking real steps to ensure you’re getting what you deserve. With Demand Letters, you don’t have to settle for sending a letter by yourself; you can hire an attorney for a fair, affordable price to send a letter for you.

Believe it or not, this is a frequent mistake in demand letters. There are reasons the identity of the recipient may not always be obvious.

For example, if you are sending a letter to a business, it may not be appropriate to send the letter to your primary contact. The better recipient might be the owner or a supervising manager of the business.

If you’re sending the letter to a property, you’ll want to make sure it’s addressed to the current tenant or owner. If you’re sending a demand letter because of a contractual breach, you should ensure the letter goes to the responsible party that signed the contract.

You may also not always know the recipient’s physical address. In those cases, it’s okay to send a demand letter via email.

It may seem obvious, but a demand letter needs to clearly explain what you seek. If it’s financial compensation, specify the exact dollar amount and the method of payment required to make you whole. You might be willing to accept a smaller amount to settle the matter, or maybe you want a higher amount to cover interest and your expenses.

If you’re asking someone to cease an action, be specific about what you are requesting (for example, describe the action but also when you want it to happen and where).

A demand letter should include a short description of why your demand is just. At this point, many people let their emotions get the better of them.

You should keep in mind that other people (including a judge) may one day read your letter. Refrain from making emotionally charged accusations and throwing insults. A demand letter should explain the situation in a cool, neutral tone. Let the facts of the matter speak for themselves.

In addition to specifying your demand, be clear about when the recipient has to comply. You may want to get paid immediately, but you should be reasonable about when payment can actually occur.

You want to give the recipient a real opportunity to make things right. If they are faced with what they perceive to be an impossible demand, they may just ignore your letter.

You may also want to consider multiple deadlines with varying consequences. For example, if the recipient pays within a week, you might be okay with them paying the exact amount owed. If they pay in 2 months, however, you may want to charge interest.

If you think you may have to file a lawsuit later, keep in mind any statutory deadlines that might affect your case. That means the window of time within which the law will allow you to bring a lawsuit. A lawyer is best suited to advise you on any pertinent deadlines.

If you’re sending a demand letter in the mail, it’s good practice to use certified mail or another type of tracking service that will show you the letter was accepted by the mail carrier and also delivered. That proof will be important if your dispute escalates later into a lawsuit.

You can also send a demand letter by email. Email is a great way to send demand letters as it can create an electronic record of when the message was sent and received.

What to Avoid in a Texas Demand Letter

It’s important to convey the right tone and include only the pertinent facts for another important reason: a poorly worded, overly-aggressive demand letter could be construed as blackmail or extortion.

A demand letter that threatens the recipient in a menacing way or implies unreasonable consequences could lead to legal trouble for you. In Texas, extortion, blackmail and harassment are illegal.

This is another reason why it can be helpful to have a Texas lawyer send a demand letter on your behalf. Legal professionals know how to strike the right tone in a demand letter: persuasive but not threatening.

How to Hire a Texas Lawyer to Send a Demand Letter

If you want to get results from your demand letter or cease and desist, the best route is to use a lawyer. Lawyers write and send demand letters for a living – they have seen situations like yours and know what to say to get the best results.

A professional demand letter sent on law firm letterhead will also capture the recipient’s attention. If they’ve been pretending like you don’t exist and evading your attempts to reach out, a demand letter might just get their focus.

If you live in Texas and need to send a demand letter, we can help. Our platform will connect you to a Texas licensed attorney that will write a demand letter for an affordable flat rate, with no hidden fees.

Don’t pay hundreds or thousands of dollars in billable hours, retainers, and expenses – get exactly what you need for one low price with DemandLetters.com.

Sometimes demand letters can fail to get the job done. It’s still worthwhile sending a demand letter for a few reasons.

First, if you can send a demand letter at a reasonable cost through a service like Demand Letters, it can be a justifiable expense. Second, the demand letter will serve as further evidence of your efforts to settle the dispute without resorting to a courtroom. Finally, sometimes demand letters elicit a response that is useful – such as a counteroffer or additional details on why the recipient isn’t complying.

If your matter is small (in terms of dollar amount), you may be able to settle it in small claims court, otherwise known as justice of the peace courts in Texas. These courts provide a more informal setting than standard Texas courts with less procedural burdens.

The limit a person can sue for in Texas small claims court is $20,000. These courts can also settle landlord disputes relating to evictions and property damage.

Before you file a lawsuit in peace court or regular court, it’s highly advisable to first send a demand letter. Demand letters can be a low cost way to resolve a dispute before resorting to more time-consuming and costly legal suits.

If you need a Texas lawyer to send a demand letter, click on the link below to get started today. You will get a professional quality demand letter sent by a licensed attorney for one low rate without any surprise fees.